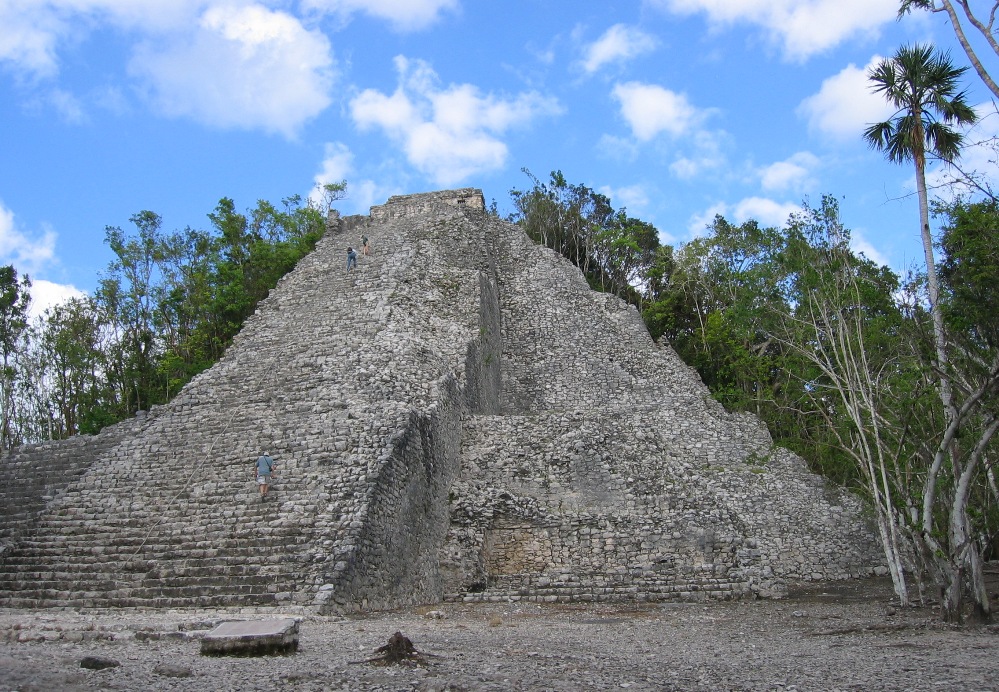 Located between the city of Tulum and Chichén Itzá, Cobá, the ancient Mayan city dazzles for its natural charm and for the history it contains. Currently it is one of the most important archaeological sites in the Riviera Maya and the entire Yucatan peninsula, next to the city of Tulum, where there are also the ruins of a majestic Mayan city.

Cobá, which was once a very important economic, political and cultural center, was gradually being displaced by Chichen Itzá, as the latter was gaining popularity and economic momentum, so that Cobá was being relegated to the background and little a little practically forgotten over time, until it became practically a ghost city, a city in ruins that was devoured by the jungle, until at the beginning of the 20th century it was rediscovered. It is thought that a large part of the city has not yet been rediscovered and that it is hidden under soil and undergrowth.

All this mythical aura that encloses the city, together with its natural beauty, makes it one of the must-visit destinations on a tour of the Riviera Maya today.

What you should not miss in Cobá?

The main attraction when visiting Cobá is Nohoch Mul, an imposing stone pyramid with a height of 42 meters formed by seven levels of worn steps that rise towards the sky forming the heavy mass.

The climb to the pyramid of Nochoch Mul is a difficult task both due to the number of steep steps and its deteriorated condition, but, once at the top, the effort is forgotten when contemplating from the heights the ruins surrounded by the dense jungle landscape of area.

Among the discovered ruins of Cobá, more than 40 structures are preserved, among which the Church is worth highlighting. At 25 meters high, it is the tallest construction after the Nohoch Mul pyramid, as well as one of the oldest surviving buildings.

Following the tour of Cobá, we find the Ball Game site, a space where elements such as the rings used by the players are preserved. This space has great importance in bringing history to the present, offering the possibility of following in the footsteps of one of the most popular rituals of the Mayan culture.

Among the most striking places to see in Cobá, it is also worth highlighting the Oval Temple, which has been restored to show its ancient magnificence, or the group of Las Pinturas, one of the most recent and best preserved remains that can be seen in the enclosure.

Although the Cobá site is quite large, the visit can be done comfortably on foot, although it is also possible to rent a bicycle at the entrance.